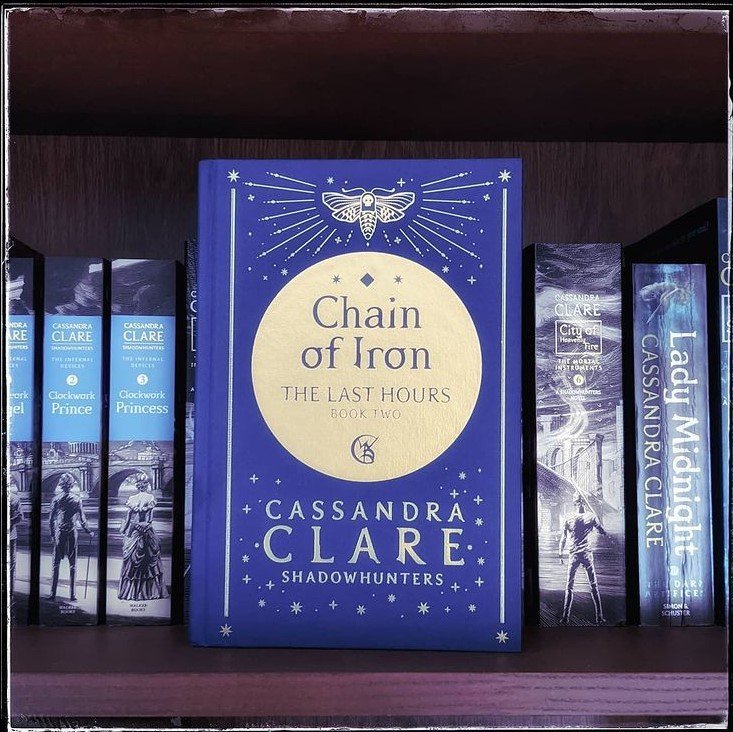 Cordelia Carstairs seems to have everything she ever wanted. She’s engaged to marry James Herondale, the boy she has loved since childhood. She has a new life in London with her best friend Lucie Herondale and James’s charming companions, the Merry Thieves. She is about to be reunited with her beloved father. And she bears the sword Cortana, a legendary hero’s blade.

But the truth is far grimmer. James and Cordelia’s marriage is a lie, arranged to save Cordelia’s reputation. James is in love with the mysterious Grace Blackthorn whose brother, Jesse, died years ago in a terrible accident. Cortana burns Cordelia’s hand when she touches it, while her father has grown bitter and angry. And a serial murderer is targeting the Shadowhunters of London, killing under cover of darkness, then vanishing without a trace.

Together with the Merry Thieves, Cordelia, James, and Lucie must follow the trail of the knife-wielding killer through the city’s most dangerous streets. All the while, each is keeping a shocking secret: Lucie, that she plans to raise Jesse from the dead; Cordelia, that she has sworn a dangerous oath of loyalty to a mysterious power; and James, that he is being drawn further each night into the dark web of his grandfather, the arch-demon Belial. And that he himself may be the killer they seek

This is the second book in Clare’s latest Shadowhunter series, the Last Hours. For the most part, I enjoyed this one far more than the first book in the series, but the ending really let it down for me. I didn’t care for James and Cordelia’s relationship at all in the first book (snore), but was pleasantly surprised to find Clare developing it in book 2 in a way I really enjoyed… until the end.

One of my biggest reading bug bears is the plot doing far too many contortions just to keep characters apart. I can handle that to a degree – dramatic tension is fun, of course – but it gets to a point where rather than staying invested, I just give up, and that’s where I’m at now with these characters. Having said that, I did really enjoy other parts of the story and will be keen to read the next book to see what happens